Watching the Ingenuity team celebrate an altimeter plot gave us all the feels.

Monday was monumental in the history of autonomous aerial vehicles. Late Sunday/early Monday, NASA JPL received confirmation of the first powered, autonomous flight on the surface of another planet. 180 million miles away a tiny helicopter spun its rotors, took off and hovered for a few moments before rotating and returning safely to the Martian surface.

Watching the Mars Helicopter team celebrate over an altimeter plot gave our team all the feels.

In case you haven't been watching the developments on the Red Planet, lets catch you up. On February 18th the Perseverance rover landed on the surface of Mars, making it the first rover to touch down since Curiosity touched down in 2012. This rover's main job is to "seek signs of ancient life and collect samples of rock and regolith (broken rock and soil) for possible return to Earth."

It's equipped with a slew of cameras, lasers, and sensors (even recording wind on Mars!) to capture as much data as possible to send back to Earth. But perhaps the most exciting payload, for us anyway, is hidden underneath. We're talking about the Ingenuity helicopter.

A 3D model of the Mars Ingenuity helicopter.

The Ingenuity is a technical demonstration and will only run for 30 sols (Martian days) to test its capabilities for future missions. But now that we know autonomous, powered flight is possible on another planet we can expect future rovers will come equipped with an aerial accomplice. This will help rovers scout areas of interest and travel farther on their mission.

You might be wondering how Ingenuity could possibly help out considering the closest pilot is 180 million miles away. That's where autonomy comes into play. The team at NASA JPL tele-robotically plan and script missions that are then sent to the robot, and Ingenuity's onboard intelligence carries out the mission on its own.

The robot is equipped with a downward-facing camera, and other onboard sensors to gauge its altitude and orientation. The camera enables Ingenuity to spot safe landing locations as well as provide topographical information mission controllers can use to plan longer trips for Perseverance. 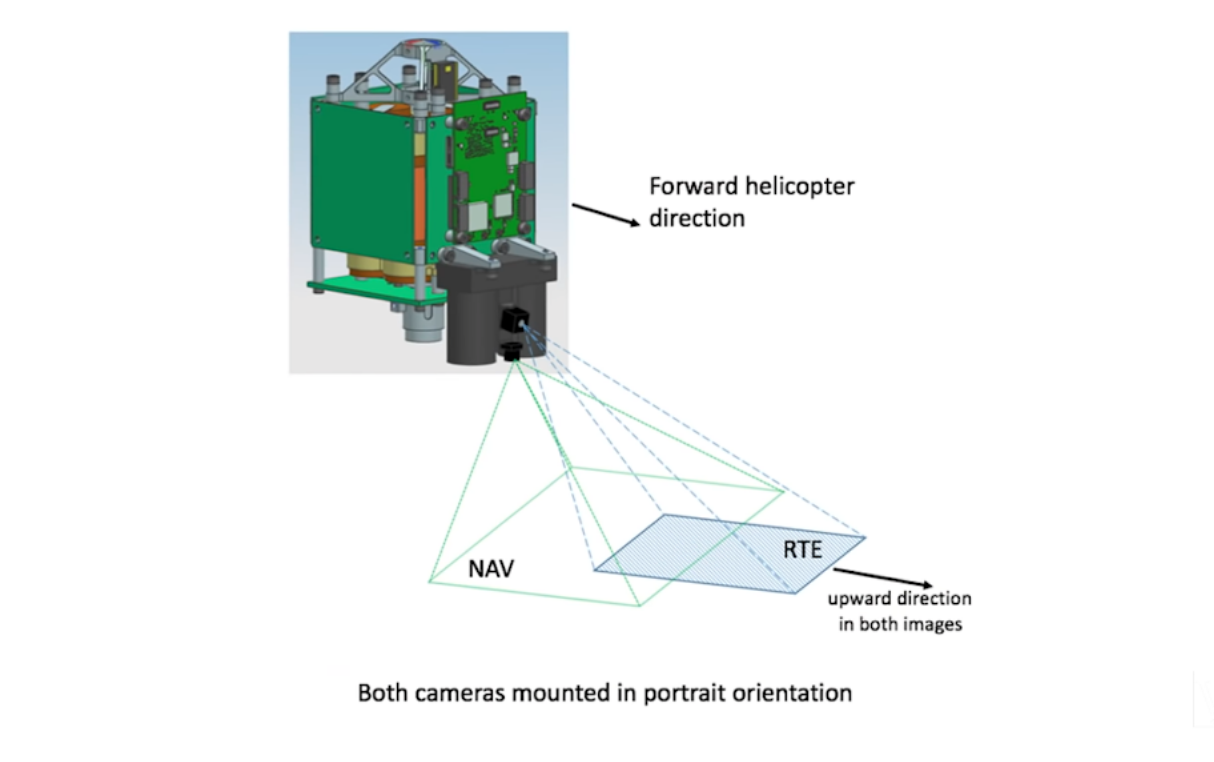 The inconsistent Mars magnetic field precludes the use of a compass for navigation, so it uses a solar tracker camera integrated into JPL's visual-inertial navigation system. The solar tracker is crucial to Ingenuity's survival because each landing requires the robot to orient its solar panels in the most optimal position to recharge its batteries. Those batteries power heaters (and all other components) that keep the robot alive during the frigid Martian nights.

With all these obstacles to account for we asked out Research & Development team how they would design an autonomy to survive and excel on another planet.

Hey team! What an awesome week for aerial autonomy. If you had to start designing an autonomous system for Mars, where would you start?

Much like the ExynAero, Ingenuity must be able to operate entirely on it's own, without real-time feedback from an operator. Unlike ground-based rovers, UAVs that operate in communication-denied environments do not have the luxury to hit "pause" and wait for input from humans - they must be able to land safely even if something is awry.

That's a great point. With the time delay from Earth, NASA wouldn't be able to help Ingenuity even if they wanted to. What are other considerations for extraterrestrial flight?

Luckily, we do not have to worry about the same temperature extremes Ingenuity is facing on Mars - the team at JPL and NASA have mentioned that surviving the cold nights is a concern. The UAV must land with enough battery power and/or sunlight before dark to recharge enough to survive the night. This requires careful power budgeting for the planned flights as well as a strategically-selected landing location to ensure the solar panel has preferred exposure to the sun.

That's a lot of responsibility to put on one tiny robot! Small, but still daring to do mighty things.

Incredibly mighty things. Since Mars does not have GPS, most aerial vehicles designed to fly on earth would simply crash briefly after takeoff - the slightest breeze or imperfection would send the vehicle off course. Ingenuity likely uses the altimeter, it's downward camera, and an Inertial Measurement Unit to maintain stable flight and follow the path specified by the human operators.

The entire team at Exyn wants to congratulate NASA JPL and everyone involved with the Ingenuity & Perserverence mission. We can't wait to see the mighty things they achieve next!