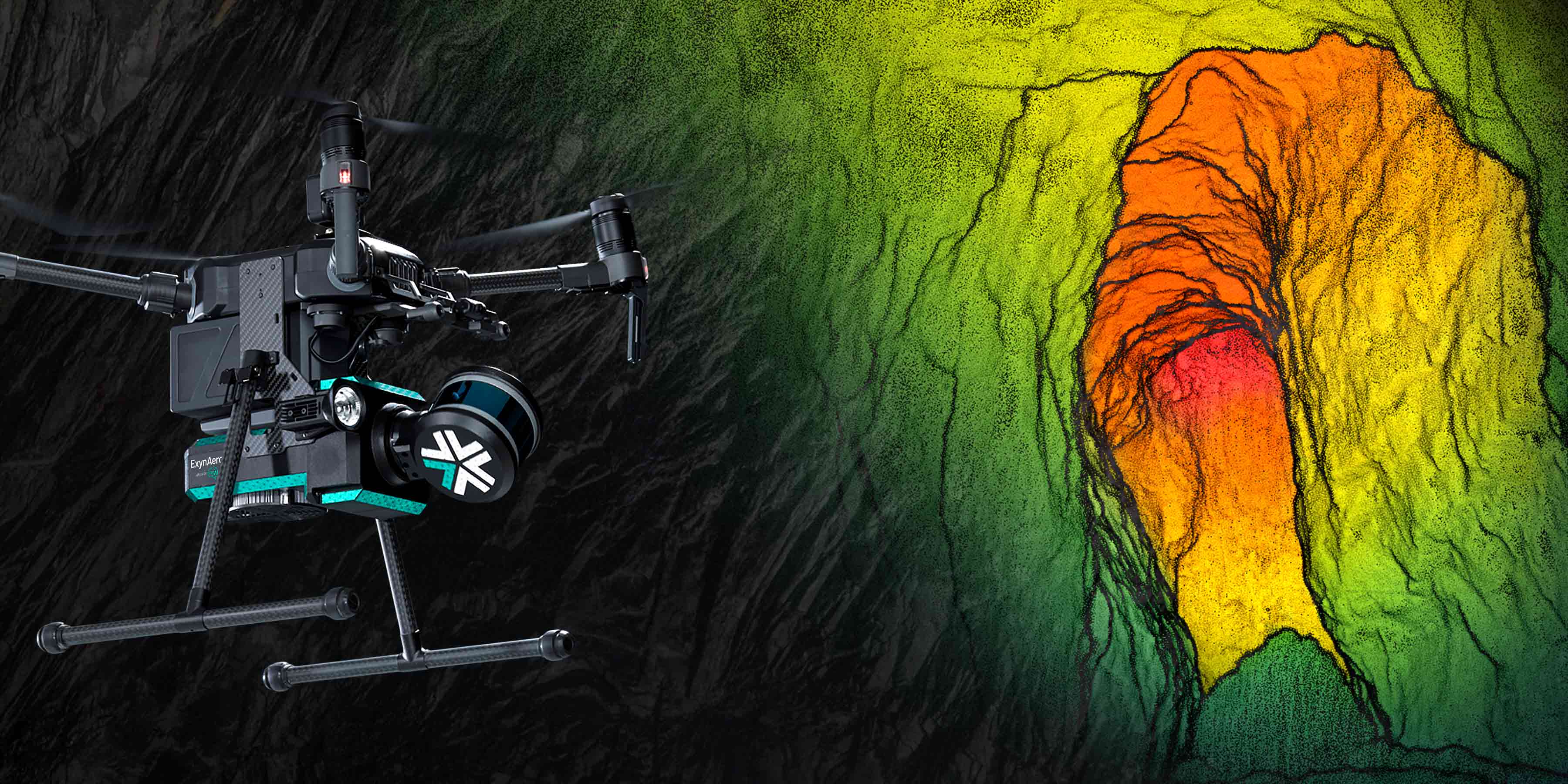 The ExynAero ushers in a new era of aerial autonomy with a cutting-edge system that maps industrial environments without a pilot.

The ExynAero is the latest aerial robot and an upgrade from the previous generation's A3R™. The ExynAero is fully autonomous, allowing for mapping of any environments (including GPS-denied, human-inaccessible, industrial environments without a pilot), keeping employees safe, and maximizing beyond-line-of-sight-and-communications data collection. This new technology builds on the company’s previous iterations based on its ExynAI software which can  mesh multiple data streams in real time. The ExynAero is also able to leverage various sensors and platforms that can be merged together via their automated software to build a robust and complete map of your environment in real time, even with multiple units running simultaneously.

The ExynAero’s features include robust 270-degree view providing detailed in-depth visuals of stopes in full HD color, super-bright lighting and LIDAR to provide top acuity, shooting over 300,000 beams per second to get highly accurate visualizations. The agile navigation and flight stack improve the ExynAero’s stability and robustness in tight spaces, and the ExynAero can easily transfer data to teams who can analyze it.

“The ExynAero represents the future of data collection across a number of applications and industrial environments. The product is the first of its kind to offer true aerial autonomy. The ExynAero can fly itself in the most challenging and unknown environments, collect the data, and merge the streams with ExynAI on board. This allows for maximum data collection and a radical improvement in safety for workers around the world who are placed in difficult and sometimes potentially dangerous conditions. We’re hoping with the launch of this product and the additional modalities offered by the ExynPak, that our customers will be able to collect the data they need easily, regardless of limitations. The benefits of this will lead to not only significantly greater worker safety, but also considerably improved productivity and efficiency,” said Nader Elm, CEO Exyn Technologies.

The ExynPak provides a new portable format that enables users to unstrap the autonomy features of the ExynAero and simply capture data with the built-in tools via other modalities -- such as hand carry or vehicle mount -- for situations where complete autonomy is not needed or practical. Exyn’s autonomous aerial robot systems are most commonly used for industrial applications such as mining, construction, nuclear power, and military surveillance/reconnaissance. The ExynPak will allow for an expansion of the potential uses of Exyn’s core technology applications and environments to existing infrastructure or transportation modes that don’t require an aerial or autonomous component.

The Exyn team plans to continue to develop new products that help support mapping and data collection regardless of format with more products coming out in 2021.

To learn more about Exyn for mining applications, click here.

Exyn Technologies is pioneering autonomous aerial robot systems for complex, GPS-denied environments. The company’s full-stack solution enables flexible deployment of single or multi-robots that can intelligently navigate and dynamically adapt to complex environments in real-time. For the first time, industries like mining, logistics, and construction can benefit from a single, integrated solution to capture critical and time-sensitive data in a safer, more affordable, and more efficient way. Exyn is powered by a team of experts in autonomous systems, robotics, and industrial engineering, and is a spin-off out of the University of Pennsylvania's world-renowned GRASP Laboratory. The company is VC-backed and privately held, with headquarters in Philadelphia. For more information, please visit www.exyn.com.