Automation vs. Autonomy: The Future of Construction BIM Modeling

Automation and autonomy often get thrown around interchangeably to mean a robotic system that works without a human operator in the loop at all times. You might see a robot walking through a construction site and think it's acting autonomously. However, what can appear to be autonomy could actually be a robot simply following a list of pre-programmed commands. 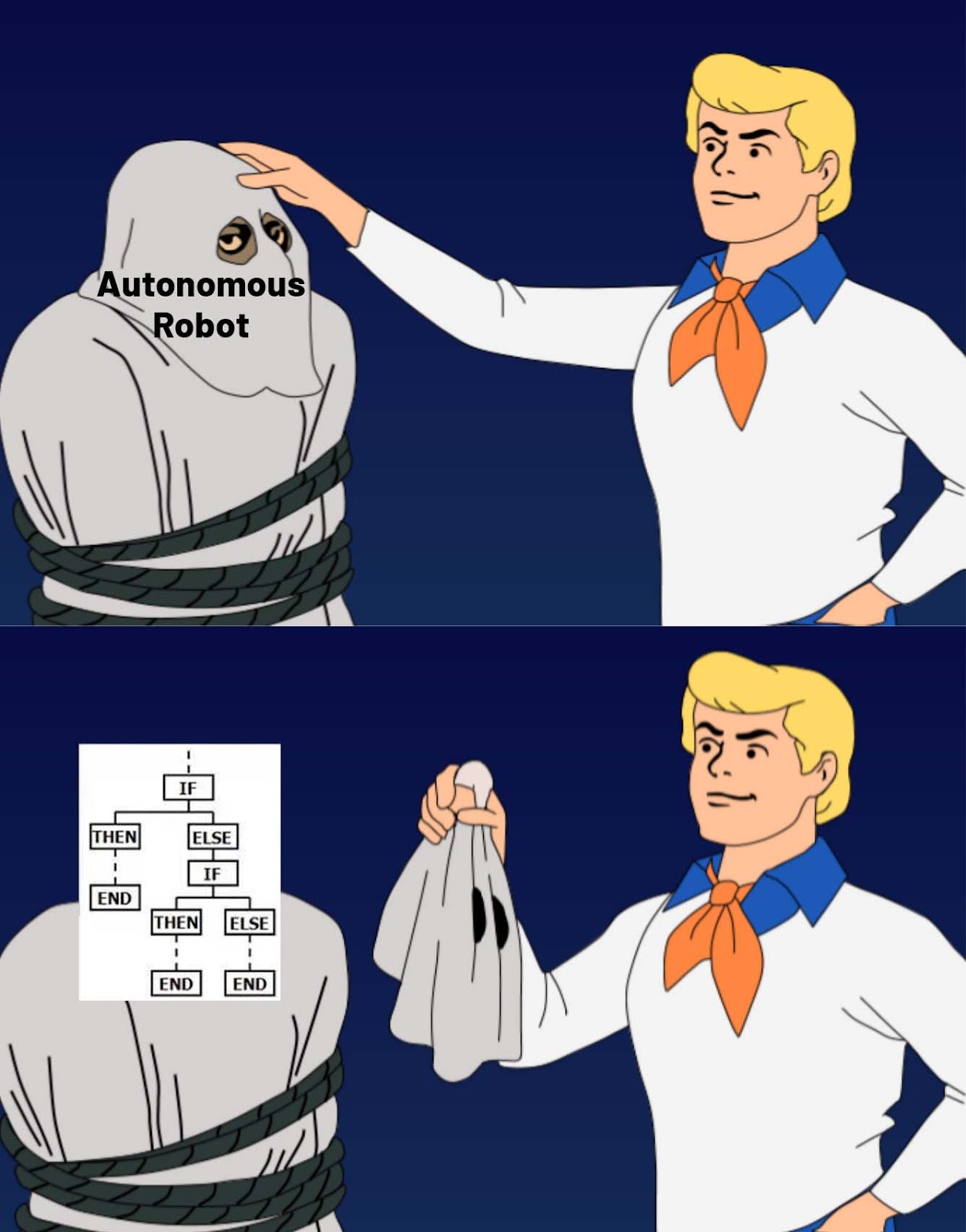 Due to this mix-up, autonomy has become a bit like snake oil over the years. With so many robotics manufacturers claiming to be creating autonomous systems that are actually just high-functioning automation, any claims of full autonomy are generally tossed aside.

To help dispel some of these myths, let's look at the differences between autonomy and automation and how it relates to the construction industry and building information modeling.

Automation is the practice of taking a series of repeatable tasks and assembling or programming an apparatus to complete those tasks automatically. It is the essential lynch-pin behind each new industrial revolution, and during each iteration, we find ways to remove humans from dangerous, monotonous jobs.

This allows users to: reduce costly rework by automatically detecting mistakes and taking immediate action; de-risk the project schedule by identifying delays and impact to critical path; and document as-built conditions through automated updates to Building Information Modeling (BIMs) based on reality capture. 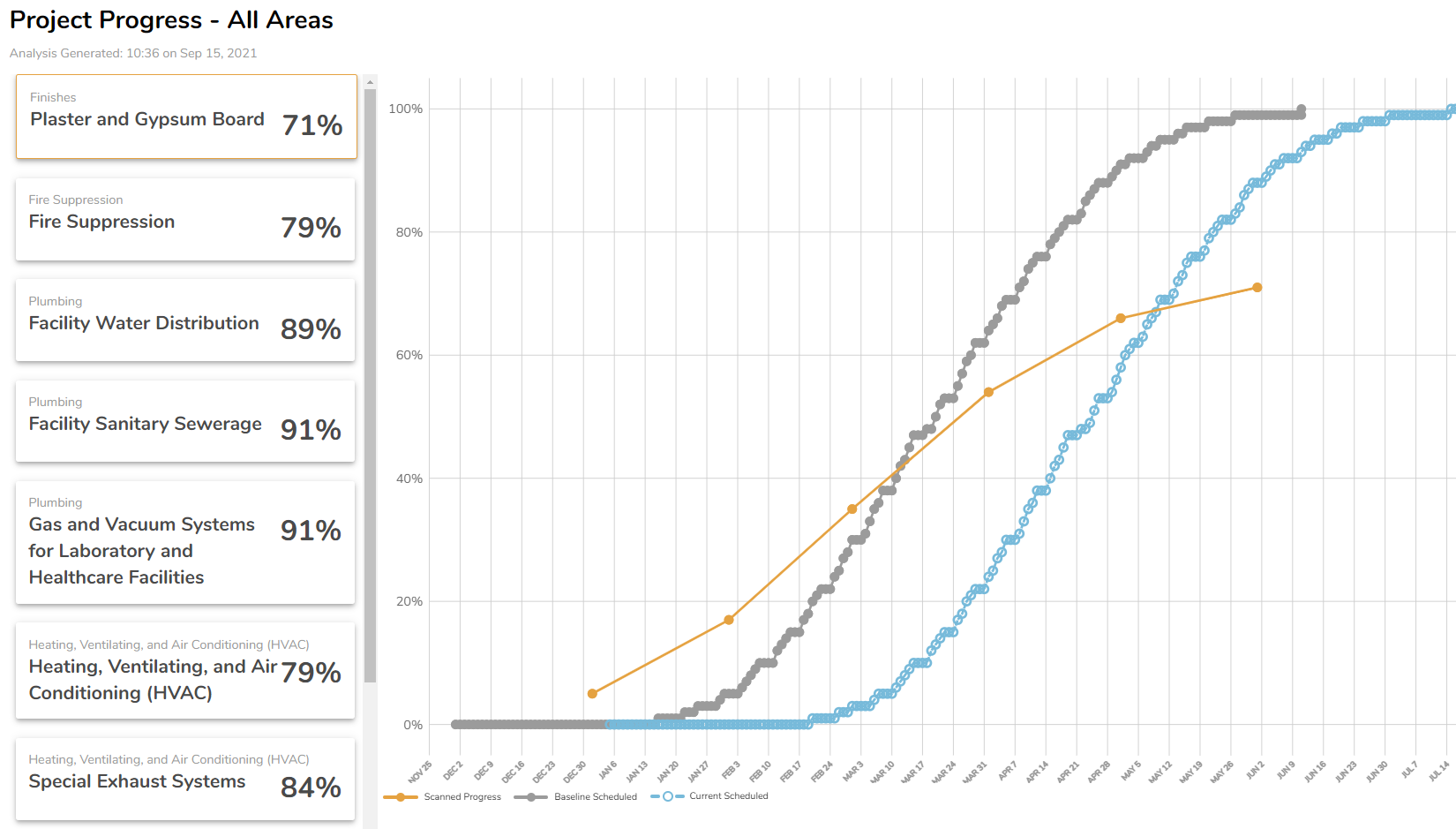 Avvir can automatically quantify the work completed on-site and measure overall progress against your project schedule.

You might have seen a video flying around the internet of a robot assembling a cheeseburger. That's automation! But the true beauty of automation is that it doesn't have to be so in-your-face. It can exist in the background, like a smart thermostat or timers for turning lights on or off while you're out. Automation can come in a variety of flavors, which is what can be so confusing when talked about in the same way as autonomy.

Autonomy is, at its core, about self-reliance. A fully autonomous machine would be able to complete any dynamic task assigned to it, but also have a full awareness of itself. (Do I need to refuel? Take on repairs? etc.) In our current state of robotics, the main focus of autonomy centers around the removal of the human operator from the control loop. You do this by essentially teaching the robot how to think, giving it the tools to interpret and navigate in any environment. It's a bit like raising a child!

In the construction industry, we're using automation to help capture 3D point cloud data of construction environments that can be fed into building information modeling software. However, even this automated process requires a ton of hands-on work. Tripod scanners use photogrammetry or LIDAR point cloud data to build 3D maps of the environment, but each area has to be captured statically. Then those data sets must be georeferenced using control station data and stitched together to form the entire structure. This data is incredibly important to ensure the structure is built correctly and efficiently. But if it takes days to capture one scan, you can quickly see how simply trying to track the status of a project can push it beyond its launch date.

Through the use of the Avvir reality analysis platform, it is possible to monitor and update your BIM as construction progresses. Reality capture information from job sites captured by ExynAI™ can be fed directly into Avvir to create a digital twin of what has been built and where it was built. Any detected deviations can be automatically pushed directly back to the BIM in order to maintain the most accurate As-Built Documentation.

Utilize Avvir Inspect to automatically calculate deviated elements and push the as-built location back to your source BIM.

There have been some updates to this collection process in the form of quadruped robots, like the Spot robot from Boston Dynamics. Some construction companies have attached a scanning solution to the back of Spot so it can collect data while walking throughout the structure. Then, using their automated mission planning mode, you can "teach" Spot the path you want it to take by walking it throughout the building. Spot even comes equipped with object avoidance, so in theory, once you train Spot to take a walk it could be automated to do one at the end of every shift.

The Spot example is a great way to highlight the differences between automation and autonomy. What we've essentially given the robot is a series of IF/THEN statements. IF Spot runs into an obstacle THEN it should try to get around it. Unfortunately, if there isn't a path for Spot to make it to its next waypoint or mission objective, it would most likely fail to reach its objective and return home, resulting in an incomplete scan. However, the same could be said of a human operator running into an unknown wall or obstacle! Spot has some very sophisticated object detection & avoidance capabilities which all boil down to … (say it with me) … decision making!

Construction sites are constantly changing, dynamic environments. So we don't want to worry about trying to program each and every situation you might run across. Ideally, we want a robot that can create a 3D model of a construction project each night to track the progress made after shifts end. This would provide site managers with nearly real-time progress updates without any requirement for additional manpower or training, and without any impact to production timelines.

Despite a self-determining robot sounding a bit like science fiction, robots like that are actually being built today! Equipped with Autonomy Level 4, Exyn's robots can be tasked with an explore mission mode where the operator only has to press play for the robot to autonomously map an area of interest. Then the operator can watch the robot build a map in real-time to ensure total coverage and post-process the data directly into BIM software once the robot has landed.

Now costly, production-slowing data captures can happen autonomously in the background to track production schedules and change detection. Exyn has also been hard at work integrating its autonomy, ExynAI, onto a variety of other platforms. The end goal is to have a heterogeneous swarm of robots that can be tasked to explore every area of a construction site.