In this two-part series, Nader Elm, Exyn's CEO, shares how Exyn is building the revolution in autonomous robotics and the impact the technology is already having on the world.

At Exyn, we are developing autonomous aerial robots that are capable of collecting data for digitally starved industries. We consider these industries to be "digitally starved" because their environments are so severe or dangerous that they are unable to access the data they need to drive better analytics and more sophisticated business decisions.

Why have we focused on data collection in digitally starved industries? "Big data" gets a lot of attention; however, it tends to focus on digitally rich industries where the operations themselves generate substantial volumes of data. Their challenge is primarily around ingesting, grooming and analyzing data, with a myriad of great companies formed to address this problem. 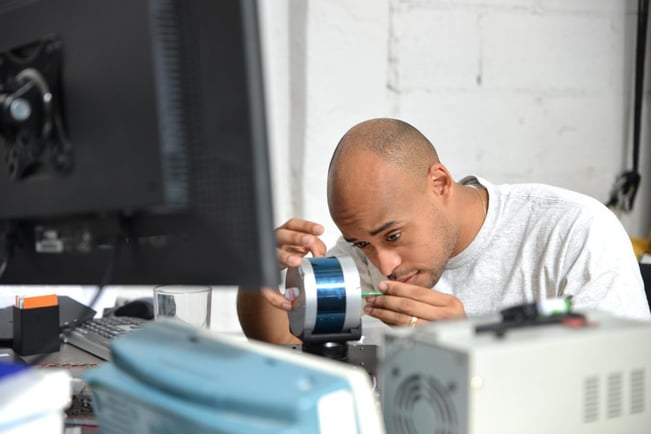 Conversely, there are other multi-trillion dollar industries where the challenge isn't analytics, but the actual acquisition of the data itself. These are industries that one would typically see as behind the curve of technology adoption. However, it is not for the lack of desire to implement new systems and modernize operations, but rather that the technologies required to access and operate reliably and accurately in their challenging environments are only just now emerging.

For example, in underground mining, it is difficult to measure and track the outcomes of a drill-and-blast exercise. The cavities, or “stopes”, created by these activities are inherently dangerous. Personnel will never enter them because rockfalls in these environments can be fatal. Stopes pose a significant challenge for surveyors as they also happen to be where most of the mine's valuable operations occur. Did the blast go as planned? What is the shape of the cavity created and how does this compare to the plan? What does this mean in terms of designing the next drill-and-blast exercise? How do I effectively plan to extract the “muck” (ore rubble) created? These are big questions that need quick answers.

...the technologies required to access and operate reliably and accurately in their challenging environments are only just now emerging.

At Exyn, we are developing the world's most advanced, fully autonomous, industrial-grade aerial robots that safely enter incredibly challenging environments, navigate them, and generate rich data sets to inform operations and business decisions like never before.

What do we mean by "Full Autonomy"

Autonomy is in the software. Very much like the Waymo driverless car, the hardware is not the hard part. Most everything is off the shelf - the vehicle, the computers, the sensors, etc. The magic — and the hard part — is in the algorithms and software. 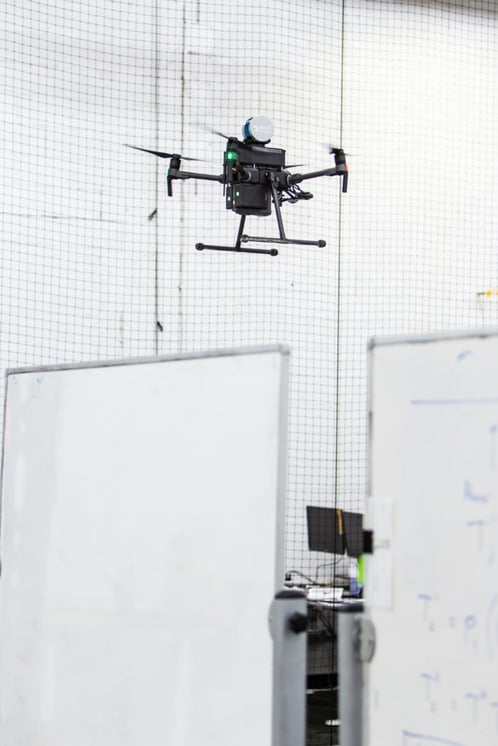 So as with us, there is nothing proprietary about the hardware we use. Exyn develops the software intelligence that goes on the hardware to make it pilotless. It is the tight integration of the advanced software with the hardware that creates the unique capabilities we offer.

Also, one of the unfortunate things is that “autonomy” has not been very well defined outside of the driverless car market, and so everyone claims to have it.  By our definition, a "fully autonomous" robot needs three things:

1. The robot should not rely on any infrastructure, such as GPS, markers, beacons or motion capture systems in the environment.

2. The robot should not require any prior information about its environment before it executes a "mission."

3. The robot should not require persistent communication with its ground control station.

This combination of requirements presents a unique technology and engineering challenge to overcome. If it is to be truly autonomous, everything the robot needs to operate must be on-board; it has to be completely untethered. And, if it loses communication — as you often will in any indoor or GPS-denied environment — this should not jeopardize the successful completion of the mission itself. 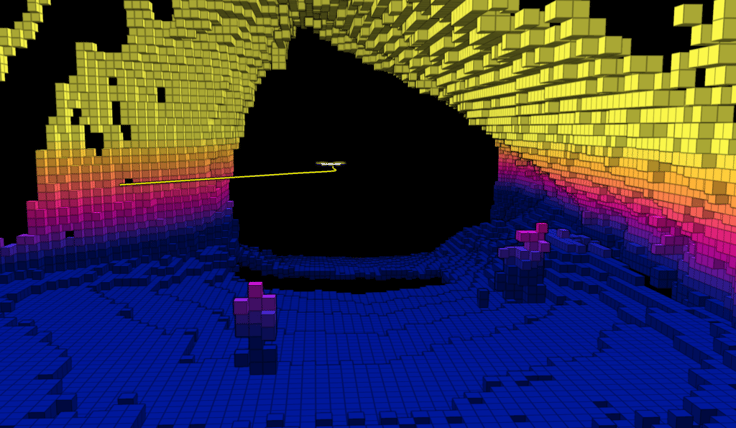 That said, if any kind of infrastructure is available, we can undoubtedly exploit it to make the mission more accurate and robust. However, if it's not, that should not result in an infeasible or unsafe mission. For a commercial-grade solution, you have to be able to run the mission robustly and reliably, and that is what we mean by true and full autonomy.

If it is going to be truly autonomous, you have to have everything on-board the robot; it has to be truly untethered.

That's one reason we're so proud of our capabilities in mining. It amply showcases the requirements for full autonomy. When you're a kilometer underground, there's no GPS or other infrastructure in place. When you've just blasted a stope, there's no way to have prior knowledge of exactly what you're going to find. The moment you turn a corner in a mine, you lose communication with the robot. So, to navigate the stope and gain frequent, accurate, detailed data sets, you certainly need full autonomy.

The Journey to our First Market - Mining

The interesting thing about being a university spinout is that we had to approach things back to front. We spent our first three years developing the core technology from the ground up because the current architecture of open source options was not robust enough for commercial applications and would have limited the future capabilities of Exyn's platform.

Once we had the technology, we had to find a problem that required it. It was a very unconventional approach because any business school will tell you to define the problem first and then build the technology to solve that problem.

But, we had the technology, then we found the problem it could solve in underground mining — a multi trillion-dollar global industry on the cusp of radical transformation. 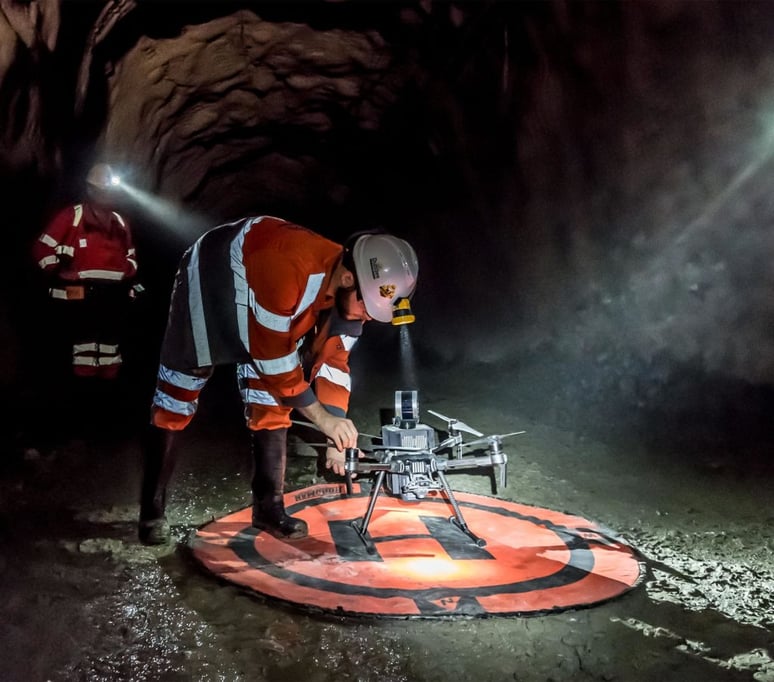 Getting ready to survey underground at a Dundee Precious Metal mine in Chelopech, Bulgaria

Mining is at this incredibly exciting point in time because it's beginning to leverage new developments in robotics, networking and IoT. The ultimate goal in mining is to automate underground operations, thereby significantly decreasing the number of personnel underground, reducing costs, and dramatically improving safety. One of the critical enablers for this change is the availability of frequent, accurate, and rich maps of stope operations — which is the problem we uniquely address.

Regulations in most countries require mining companies to carry out regular surveys which, although reasonably accurate, are also cumbersome, time-consuming, and produce limited data. Exyn's datasets are so compelling because we can generate 1,000 times more points in a fraction of the time, all with increased safety for the surveyors.

As of now, we have finished building our first products, which we have deployed at our first customer's mines. We have completed the training and handover, and the customer is commanding missions on their own — entirely without our supervision.

Initially, there was a great deal of skepticism around our product. In the past, many companies claimed to have autonomous drones, but because the autonomy was not sufficiently robust or sophisticated, the robots would frequently crash. We came across many customers who had invested heavily in different companies' propositions with no results.

As a result, when we demonstrate our capabilities underground, the reaction we get from customers is like when a magician performs a trick. There is a dramatic moment when the customer looks at you, they recognize there is no pilot, and then the robot turns the corner and comes back. The moment when our first customer had that look of awe — that was the moment when we realized we had something not only technologically interesting, but also truly compelling to an industry.

We'll continue sharing how Exyn is building the revolution in autonomous robotics in part 2 of this series. Sign up below to get notified.