How an Autonomous Drone Revived a Mine from the 1940s

An underground gold mine in Stewart, British Columbia, closed since the 1940s, probably isn’t the first place you’d expect to find a demonstration of cutting edge drone mapping technology.

Ascot Resources, gold and silver mining experts, called Exyn in to use their autonomous aerial robots and unique drone-based mapping technology to help solve a problem faced by the mine’s owners. The challenge? To help them better determine the remaining reserves in one of their oldest mines.

An unsafe environment for humans

While these resources had been deemed inaccessible to miners back in the 40s, technology has moved on considerably since then. And when it comes to this particular task, few companies illustrate that better than Exyn. After a near-13 hour journey from their home base in Philadelphia -- culminating in a helicopter journey across a glacier and having to lug their equipment up a half-kilometer incline to reach the mine entrance -- the team arrived at the site.

Arriving at the site by helicopter

People have been creating rudimentary maps of mines for years. But it’s a challenging job, and not all tools are created equal. Alternative approaches, such as handheld laser tools, would require humans to enter areas of the mine considered unsafe due to age. Other LiDAR mapping vehicles were also unsuitable because of the logistical challenges in accessing the site. Simply put, a mine that was used almost a century ago was not designed to fit modern vehicles.

Except, that is, for an autonomous drone.

“At Ascot we are looking to use the facilities available at a former producing mine to extract new resources that we are currently drilling. Exyn came to our site to show us the autonomous capabilities of their drone technology, and we're very impressed with the timeliness and quality of the data acquired,” said John Kiernan, COO of Ascot Resources. “Looking forward, we think this technology will be used to safely explore and evaluate the condition of underground mines, while also potentially providing cost savings in mine surveying and ventilation monitoring.” 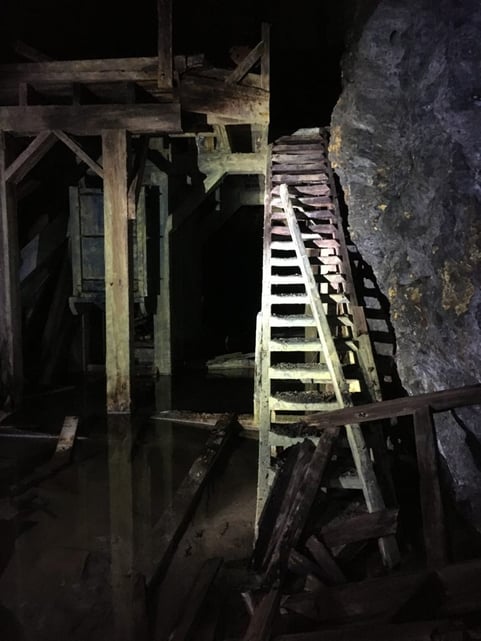 Exyn’s drone-based mapping system is far better equipped to travel through narrow tunnels of the underground gold mine in order to create real-time high-fidelity 3D maps of the area. In doing so, it showcased the complexity of environments in which Exyn’s technology is able to function. It also didn’t require humans to be put at risk since Exyn’s drones are fully autonomous. Exyn’s drones require no prior knowledge of the site, no GPS, no specialized infrastructure such as markers, and no pilot or communication with a ground control station. This means that mapping can be done completely without human intervention. 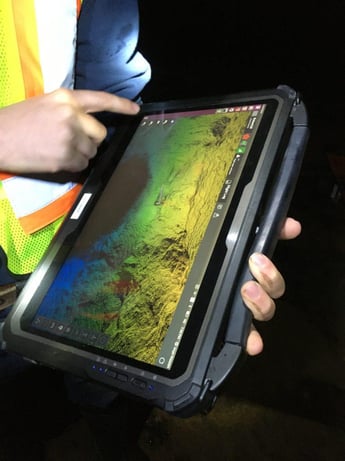 Without Exyn’s technology, Ascot Resources would have had to rely on guesswork to predict how much mineable material would be accessible to modern miners, based on old 2D maps. This would have been far more expensive -- particularly if it turned out that the mine did not have the level of reserves its owners were hoping for.

By contrast, Exyn’s technology makes it possible to create high-fidelity 3D maps visualizing the space with high degrees of accuracy. This data can then be cross-referenced with old 2D maps of the mine, allowing Ascot to compare records of areas previously mined with the location of newly identified core samples. In the case of this specific mine, it allowed the owners to make more accurate deposit predictions for potential investors, increasing financial returns.

Although each site is distinct, particularly when it comes to older mines, this scenario is far from unique. There are thousands of abandoned mine sites throughout the United States. While many of these mines have been depleted, in other cases they were simply shuttered because no more resources could be mined with the tools available at the time. 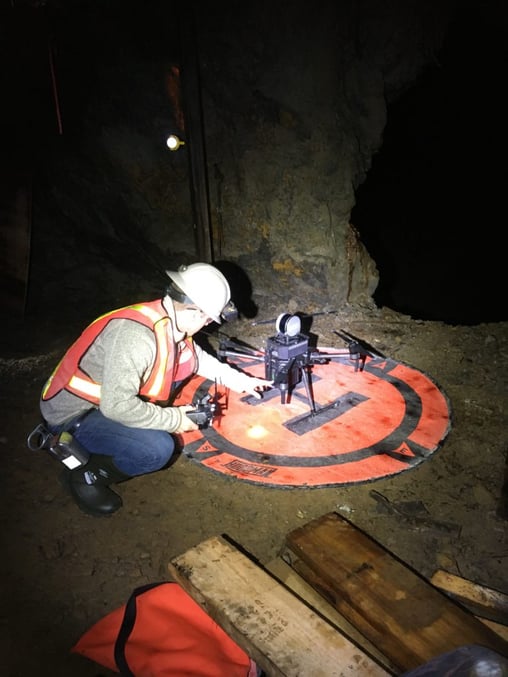 Exyn’s autonomous drones are ready for whatever conditions they might encounter. Older mines that weren't profitable to excavate decades ago could for the first time be mapped and be revived using Exyn’s technology.

Exyn can deal effectively with challenging environments that are dangerous for humans and difficult to navigate with other means. Exyn Technologies’ autonomous aerial robots can also be scaled, allowing a swarm of robots to be deployed in order to increase the scope, speed, and efficiency of missions.

Although this was our first mission in an abandoned mine, we certainly don’t expect it to be our last.