A Flight at the Museum

For those of us who work on flying robots, the Smithsonian Air and Space Museum has a special place in our hearts because the it houses some of the most iconic flying machines. It is an awe-inspiring place that showcases flight technology and engineering marvels. Needless to say, our team was thrilled when Exyn Technologies was invited to showcase our work as part of the Smithsonian Ingenuity Festival 2017.

The festival celebrates the spirit of innovation and is centered around the American Ingenuity Awards, which celebrates individuals who are transforming American culture. This year’s honorees include singer/songwriter/activist – John Legend, the chief design officer at Apple – Jony Ive, and the mission scientist for NASA’s Kepler Mission – Natalie Batalha. Through this invitation, Exyn would be the first-ever autonomous-flight (in fact, any flight) inside the Smithsonian museums – How cool is that?

Our goal for this demonstration was very clear; we wanted to capture over ten thousand visitors’ imaginations — young and old, science geeks and enthusiasts. We also wanted to provide a glimpse in to our robot world and demonstrate the positive impact robots can make in our lives. Above all, we hoped to inspire the many kids visiting the museum by demonstrating how cool and fun it can be to work in science, technology, and robotics.

Before the dawn of light on November 30th, we stepped into the Air and Space Museum to setup our demonstration. We were thrilled to see that our robot would be flying in the center of the Milestones of Flight Hall among the Pershing II and SS-20 Pioneer Cold War Missiles, the LM-2 Lunar Module, and the Spirit of St. Louis and X-15 airplanes. Certainly, this is a celebration of flight. 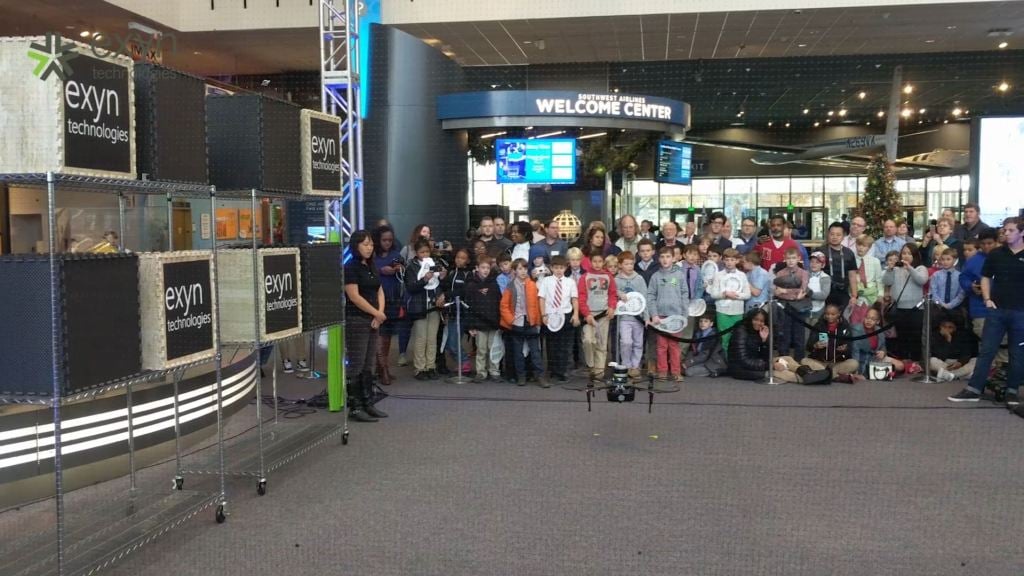 Through the day, our autonomous aerial robot demonstrated its cutting edge artificial intelligence; it mapped and safely navigated through the cluttered space without GPS or any prior information about the environment. When, after one of the demonstrations, a little girl said, “I want a robot just like that”, we knew we had accomplished a major milestone in this revered hall.

You can watch one of these demonstrations in full. https://www.pscp.tv/w/1jMKgdZVgykGL