Autonomous Cavity Monitoring in a German Salt Mine

We recently flew a team to Germany to demonstrate the use of the ExynAeroTM and ExynPakTM at the K+S Werra mine site, their biggest potash site. 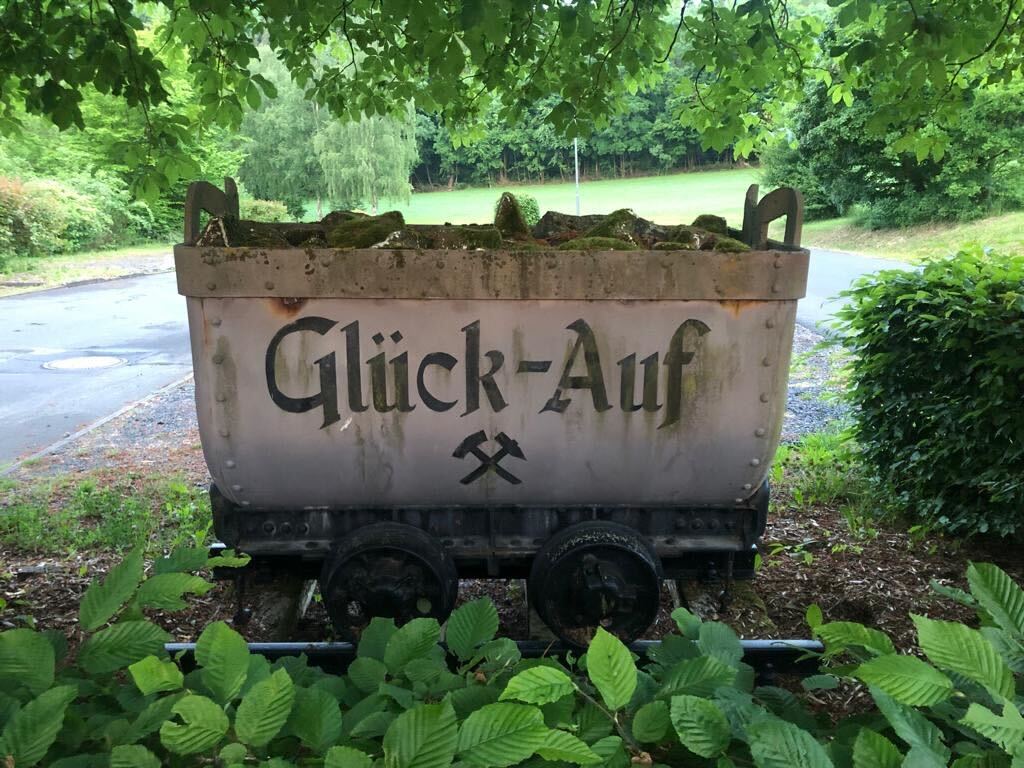 It was one of the largest underground salt mines our team had ever been to. As it turns out, that was one of the reasons we were asked to demonstrate the autonomous capabilities of the ExynAero in order to scan the immense cavities this specific site has. Compared to traditional stope mining, these cavities are immense, and scanning them using any traditional system is virtually impossible and unsafe. 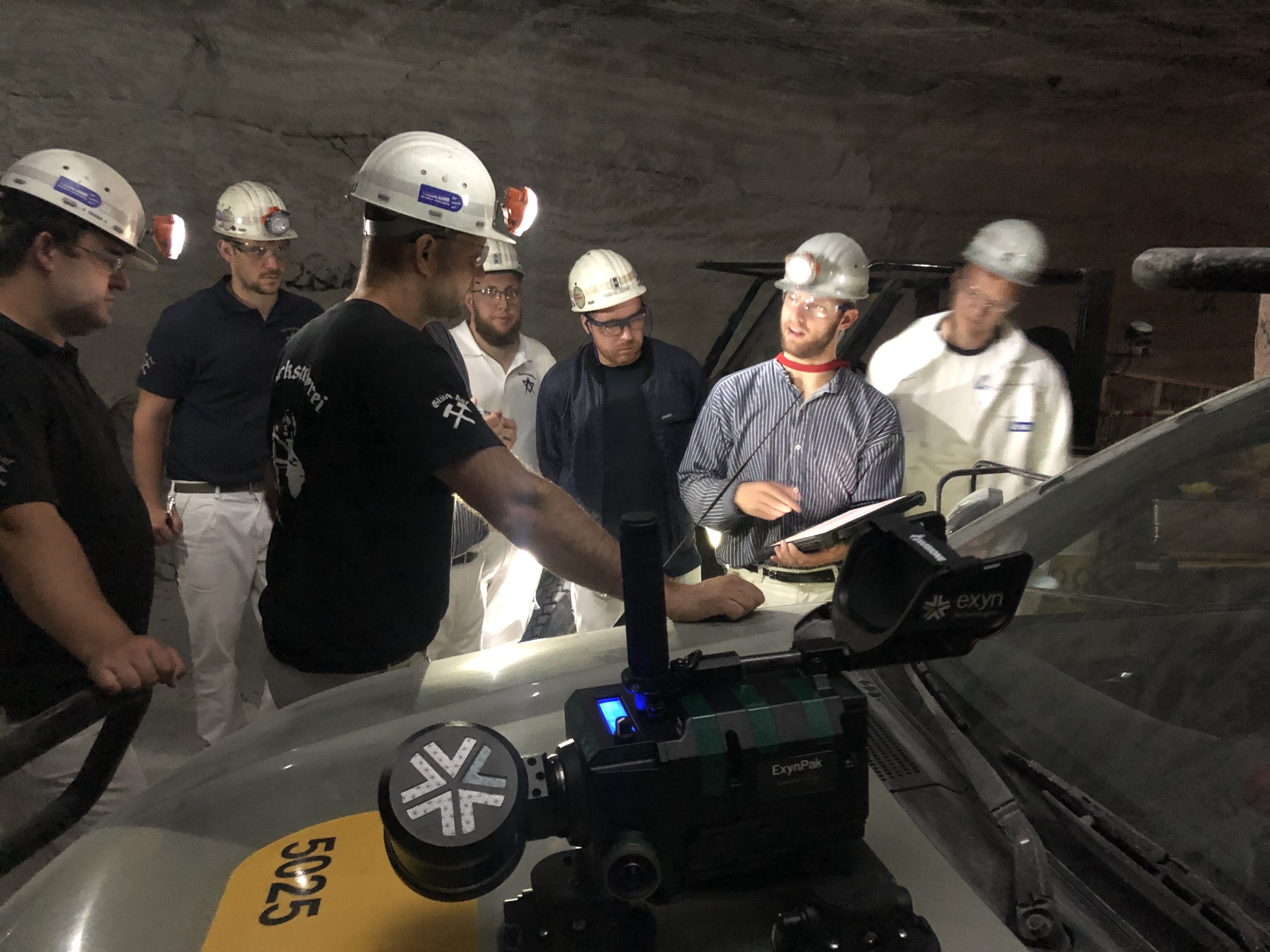 One of our field engineers, Joel, showing a survey team how easy it is to get the ExynPak up and running

The team there was said to have over 450 vehicles solely for underground! It was an incredibly impressive operation. 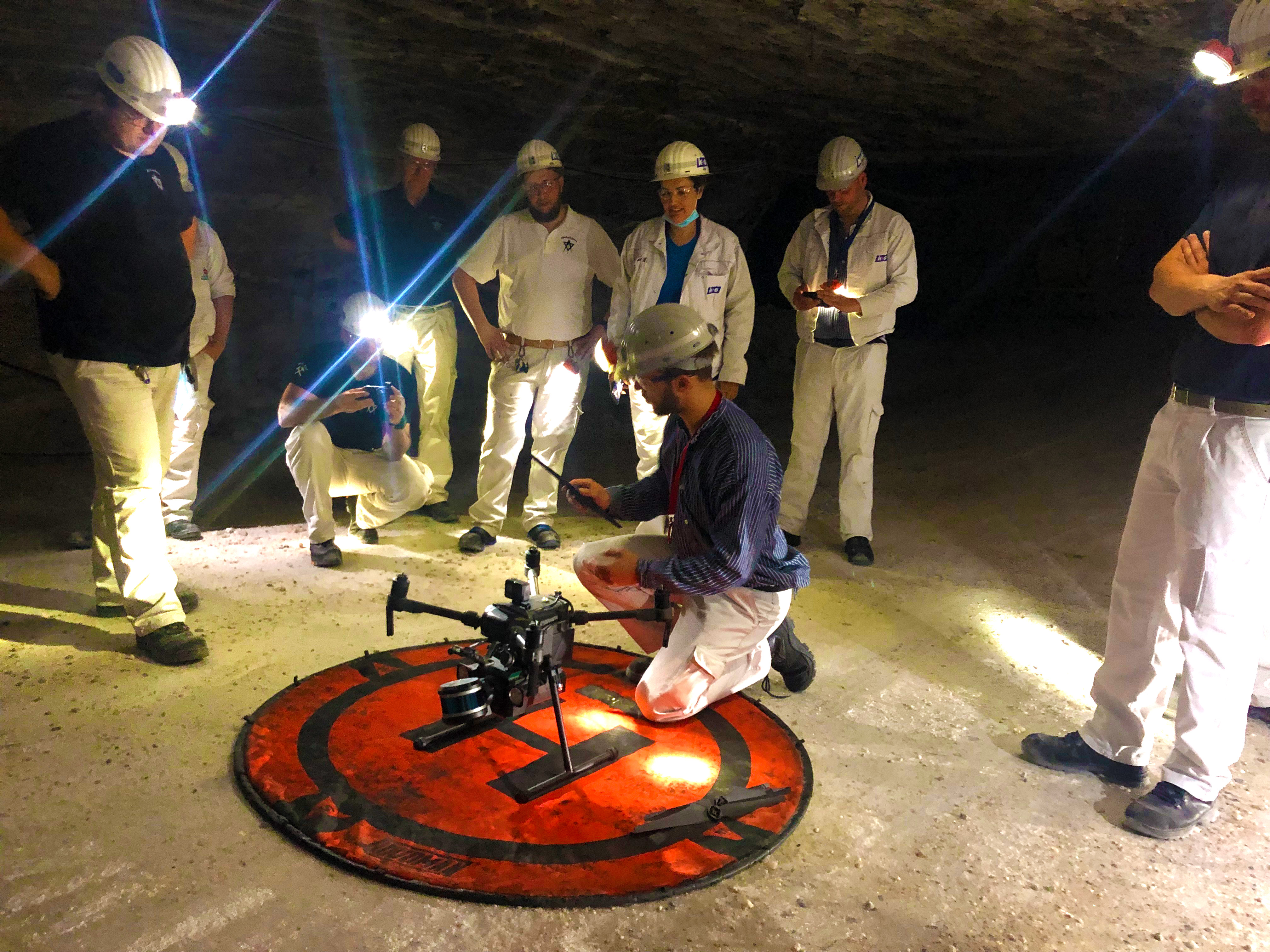 Joel demonstrates how to set-up and launch the ExynAero

Over the course of 3 days underground, our Field Engineers successfully flew multiple autonomous missions in hard-to-reach areas while capturing rich, high-fidelity point clouds in a fraction of the time it would take traditional cavity monitoring systems (CMS). 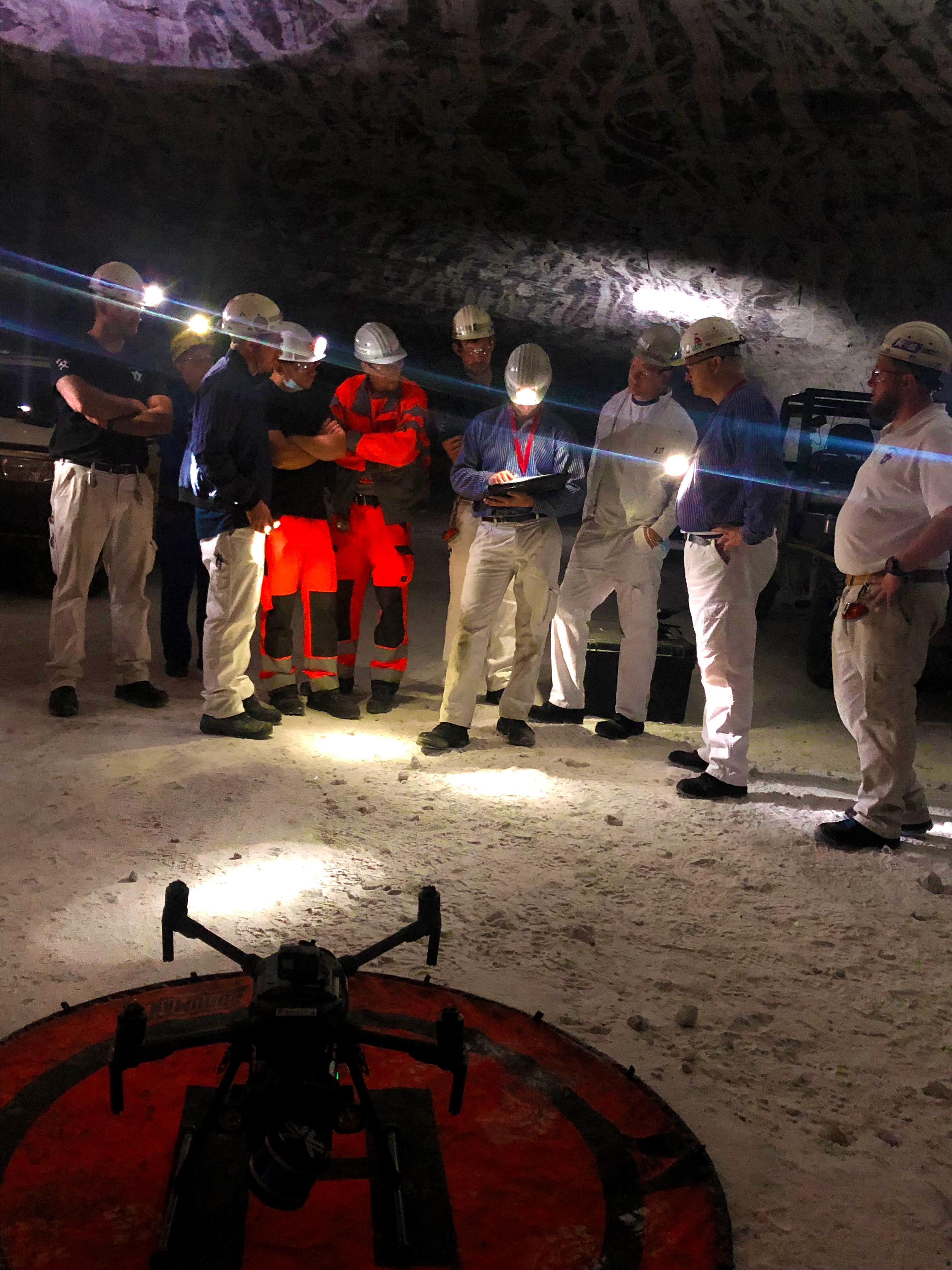 This was all done from a safe distance for the crew, keeping them out of harm's way. The ExynAero tackled some common challenges we see underground such as small, hanging wires and lots of dust.

The ExynAero converts rich point cloud data into "voxels" to detect hanging wires to safely and intelligently navigate around obstacles.

Mission planning and setup can be done at a safe distance away from the mouth of the cavity. In addition, the ExynAero is able to detect and fly around chain link fences and other barriers put in place to protect miners from hazardous areas; the space above those barriers only needs to provide enough for the ExynAero to fly through. 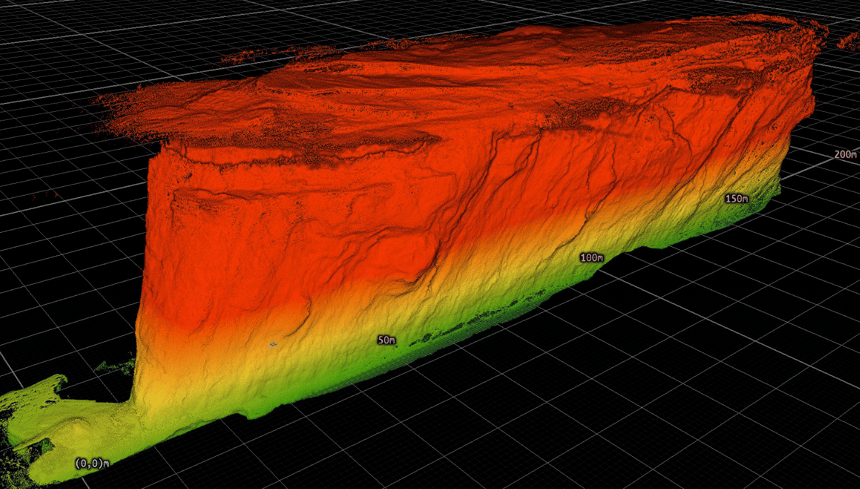 Narrow entrances with obstacles such as rebar, wiring, meshing, and bumpers are easily detected by the ExynAero. During every mission conducted on-site, workers were at a safe distance from the cavity entrances, out of harm’s way.

An interior view of the huge cavity captured by the ExynAero

Our team also brought a handheld ExynPak to capture mobile colorized scans of the environment. 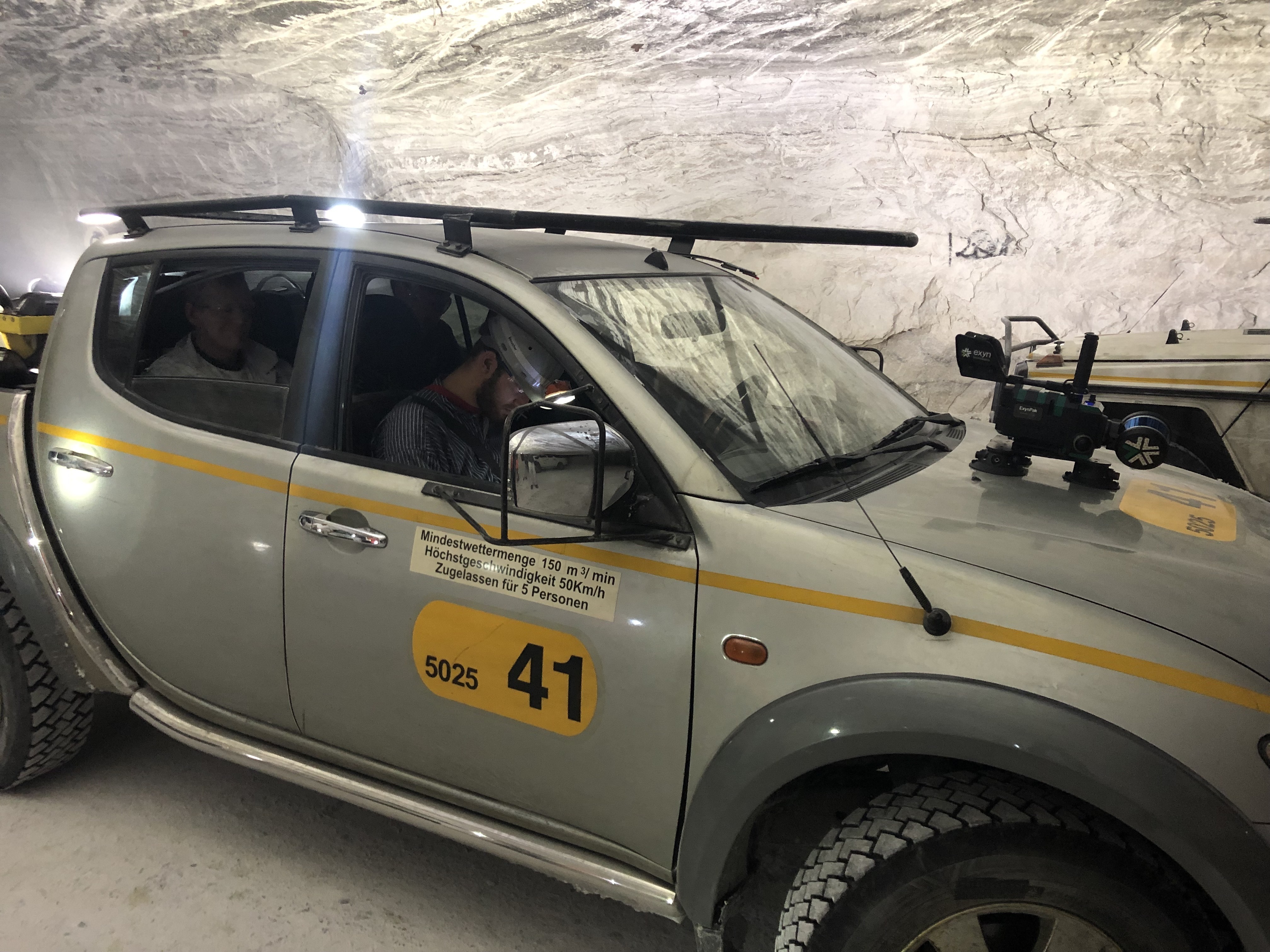 After a few test runs and with the appropriate lighting and speed we were able to capture a colorized cloud where you can see the clear stratification of the rock in the scan. Everyone was very impressed with the result! Due to the rock formation, colorization underground allows them to get some data they would most likely never be able to replicate any other way.

If you'd like to see how autonomous robots could transform your underground cavity monitoring operations, request a demo with our field engineering team today!